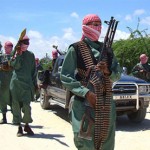 According to Western counter-terrorism officials, al-Qaeda terrorists have established a 200-strong fighting force near the Egyptian border in eastern Libya. The creation of the al-Qaeda unit comes at the same time as the Libyan interim government is threatened by a growing internecine conflict among Libya’s myriad group of armed rebel militias.

The al-Qaeda terrorists, who had arrived in Libya in early 2011 at the time Muammar Gadhafi’s regime was rapidly ceding ground to Libyan rebels, were reportedly sent to Libya on personal orders from al-Qaeda leader Ayman al-Zawahiri.

The jihadists are purportedly led by a veteran al-Qaeda fighter known simply as “AA,” a terrorist insurgent who began his terror career fighting Soviet forces in Afghanistan before coming to Britain to recruit Muslims for al-Qaeda.

In 2005 “AA” had been detained by British authorities as a suspect in the July 2005 London subway bombing that killed 52 people and wounded more than 700, although he was never charged in that attack. By 2009 “AA” had left Britain to fight coalition forces on the Afghan-Pakistan border.

The efforts by al-Qaeda operatives to recruit Libyans to the jihadist cause were most recently seen in a December 2011 video the terror group posted on jihadist websites that exhorted Libyans to either “choose a secular regime that pleases the greedy crocodiles of the West…or you take a strong position and establish the religion of Allah.”

Of course, al-Qaeda doesn’t require many jihadist pep talks to convince Libyans to flock to its Islamist banner given that eastern Libya — which was described by the US State Department in 2008 as a “wellspring of Libyan foreign fighters” — has produced and exported a significant crop of al-Qaeda fighters over the years.

Most of these insurgents have been members of the al-Qaeda affiliate, Libyan Islamic Fighting Group (LIFG). Founded in 1995 to wage jihad against the regime of then Libyan leader Muammar Gadhafi, the LIFG officially joined Osama bin Laden’s al-Qaeda network in 2007.

Not too surprisingly then, many Libyans with al-Qaeda ties continue to pepper the leading ranks of Libya’s interim government, the ruling National Transitional Council (NTC). The most notable al-Qaeda alum serving in the NTC is Abd al-Hakim Belhadj, head of the powerful Tripoli Military Council and former emir of the LIFG.

In addition to having to deal with al-Qaeda in Libya, Libya is also plagued by North Africa’s other al-Qaeda terror group, al-Qaeda in the Islamic Maghreb (AQIM), which has used the chaos in Libya to acquire some of the Gadhafi regime’s most powerful and deadly weapons.

Their success in this endeavor has prompted one AQIM leader to boast that AQIM had been “one of the main beneficiaries of the revolutions in the Arab world. As for our benefiting from the [Libyan] weapons, this is a natural thing in these kinds of circumstances.”

While al-Qaeda may have been one of the main recipients of the Libyan uprising to oust Muammar Gadhafi, it is difficult for the NTC to currently make the same claim, given that in addition to battling an al-Qaeda resurgence, it is battling territorial tribal and militia infighting that further continues to destabilize Libya.

One of the most serious and immediate problems facing the interim leaders of the NTC — absent a strong and unified national military force — is disbanding the disparate armed groups of former revolutionary fighters that are in charge of security in the areas they control. Thrown into that anarchic mix is the still active presence of armed militia brigades that once protected Gadhafi during the uprising.

The threat these groups pose to the security of the interim government is being witnessed in the increasing frequency in which these groups are engaging each other in armed conflict.

The most recent of these fights took place 50 miles south of the capital of Tripoli when fighters from the town of Gharyan engaged in machine gun and rocket attacks with a militia from al-Asabia, 10 miles to the southwest, an encounter which left several dead and wounded.

That firefight had been preceded days earlier in a battle in the center of Tripoli between the militias from Tripoli and those from the Libyan city of Misrata, a confrontation which left at least four fighters dead.

The severity of that fight led Mustafa Abdel-Jalil, the head of the NTC, to worry it could lead “into a civil war.” That feeling was equally shared by Mohammed al-Gressa, a Misrata military council member, who said “I am not optimistic because blood has been spilled. I feel this looks like a civil war.”

To avoid that fate, the NTC has recently announced plans to spend $8 billion to reintegrate fighters into civil life in an effort, according to Moustafa al-Sagizli, head of Libya’s Warriors Affairs Committee, “to ease their transition from the fighting environment into society to build and develop the country.”

According to al-Sagizli, over 200,000 fighters from all over Libya are expected to sign up for the committee’s programs, including those fighting on the front lines and guarding oil fields and other vital facilities.

While al-Sagizli may be confident of the program’s potential for success, those soldiers currently serving in the fledgling Libyan national army are less so, complaining that militia groups were not interested in joining a new national army. As one Libyan soldier said, “The revolutionaries don’t want to join an organized military. They want to keep their current situation.”

In fact, the NTC may be better served to use some of the $8 billion it has earmarked for recalcitrant rebels to instead pay current Libyan army soldiers. In particular, a protest was recently held in the eastern Libyan city of Benghazi by hundreds of Libyan soldiers demanding that they be paid three months’ worth of back wages.

Unfortunately, the unsettling prospect of sectarian civil war comes just as the NTC has finally proposed a draft law for electing by June a 200-member assembly to draft a new constitution, the first step to setting up a new government.

So, in a desperate effort to establish a central military authority on the ground to provide security before the June election, the NTC has pushed ahead with its announced efforts in December to have a working army and police force up and running in 100 days,

To that end, the NTC, in early January appointed Youssef Mangoush the new military’s chief of staff, a former Special Forces commander under Gadhafi. However, his appointment was met with instant disapproval from two armed groups in eastern Libya which said they will not accept Mangoush as commander-in-chief given his former service to the Gadhafi regime.

Undeterred by that rebuff, Mangoush said he hopes to train some 25,000 soldiers in the next several months, the first phase in building “a modern army.” While Mangoush did not say when that long-term plan would be complete, the commander of the Libyan national army, General Khalifa Hifter, said it would take at least three to five years.

By that time — with warring militias and a strengthened al-Qaeda presence — that modernized Libyan national army may find there is nothing to left to defend.