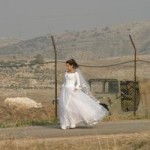 A growing legion of Muslim men from the Mideast and Europe are scouring Syrian refugee camps in order to purchase underage girls, some as young as 12, as child brides, many of whom end up being sold for use in temporary “pleasure marriages.”

For most of the Syrian women and girls who have fled the genocidal horrors of Syria’s civil war, rape — whether by pro-government or rebel forces – has been identified as one of the primary reasons for their exodus from that war-torn country.

Now, having supposedly escaped that nightmarish reality, Syrian girls are being subjected to a new horror, being auctioned off by their families to unknown Muslim men for use as sexual toys in coerced and forced early marriages.

These pleasure marriages, also known as “misyar” marriages, are legally nonbinding marital contracts which have long been used in Islamic countries to give religiously legitimate cover to a sexual relationship, especially those relationships involving underage girls.

In fact, so popular are temporary misyar marriages among upscale Muslim men that a cottage industry has sprung up in Egypt among Arab sex tourists looking to circumvent Egypt’s ban on pre-marital sex by purchasing underage Egyptian girls for pleasure marriages.

Now that deviant practice is being introduced into Syrian refugee camps. There newly purchased child brides are taken to rented houses outside the camps by their “husbands.” After having their fill of sex, the men will quickly divorce the girls, in many cases often only days and even hours after the nuptials.

According to an official with a charity that works with Syrian refugees, “Many Syrian girls have been impregnated and abandoned in this way.”

The growing sale of these Syrian girl refugees is being fueled by the crushing poverty and harsh living conditions faced by Syrian families living in refugee camps scattered throughout Jordan, Iraq, Lebanon and Turkey.

That bruising reality has led a growing number of Syrian parents to sell their young daughters into early marriages as a way to alleviate the family’s financial stress as well as to spare their daughters from the brutal dangers of life in refugee camps.

As Um Sarah, a Syrian refugee mother who arranged marriages for her 14 and 15-year old daughters, said, “As a single mother, I cannot support them. I cannot feed them. I wanted to make sure they are OK.”

Unfortunately, the overwhelming majority of Syria’s 650,000 refugees are women and children, making them especially vulnerable to the dangers of trafficking, exploitation, and sexual abuse.

That exploitation has found its form in the booming Muslim male interest in securing the services of young Syrian girls, interest that includes the establishment of agencies offering to arrange marriages for would-be grooms to Arabic online forums for men “seeking marriage from Syrian girls.”

Disturbingly, in most all these cases, the younger the girl, the more desirable she is in the eyes of the intended pedophilic groom.

Of course, that underage prerequisite is not surprising given the deep-rooted Islamic attachment to prepubescent marriage, one which allows religious leaders to approve informal marriages for girls 13 and under, thus enabling Muslim men to skirt a country’s minimum age laws for marriage.

Given that, it’s not surprising to hear a number of Muslim religious scholars and clerics heartily encouraging through fatwas the purchase of these Syrian girls, with some explaining the purchase to be an act of charity that extricates the girls and their families from their misery.

As one Syrian woman refugee with two daughters said, “Men are coming here to take young girls as second wives. It is under the pretext of being charitable, of helping us.”

It should be noted, however, that for Muslim men interested in seeking a child wife, that charitable assistance comes at a bargain price.

Specifically, Syrian girls can now be purchased as temporary child brides for just a few hundred dollars, a reduced price tag that proves an attractive enticement for Muslim men unable to afford the high dowry’s required to marry a girl from their own country.

As one Jordanian man said, “Marrying a Syrian refugee girl is cheaper than marrying a Jordanian girl,” one with an added prestige factor given “it makes the groom feel like he is somehow a participant in the Syrian revolution, which is very popular in Jordan.”

In fact, Jordan– where 75 percent of its 150,000 Syrian refugees are women and children — is home to most of the child bride transactions. That popularity led one Jordanian reporter to write, “People do not talk about anything else these days but about Syrian girls you could marry for one or two hundred dollars.”

Yet, while child marriage may be religiously sanctioned by Islam, for most the arrangement is little more than dressed-up prostitution.

That feeling has been echoed by Abdel Bari Atwan, editor of the pan-Arab Al-Quds Al-Arabi newspaper, who said, “Exploiting the conditions of the girls in the refugee camps by marrying them temporarily is a form of rape that must stop immediately. Those responsible for this crime should be brought to trial.”

Syrian journalist Adnan Azrouni has written, “There needs to be a huge outcry from inside and outside the camps: No to clerical interference in the issue of female refugees; No to the crisis-merchants; No to making Syrian women victims twice over.”

Yet sadly, while these temporary marriages may be nothing more than licensed rape, they don’t appear in jeopardy of ending anytime soon. As one Arab man wrote on an online forum dedicated to finding Syrian brides, “This is not a question of exploitation. It is a question of supply and demand.”

Tragically, it’s a growing supply that continues to be fed by an insatiable Muslim demand.