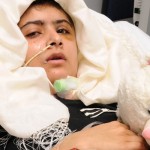 The shooting of Malala by a TTP death squad had generated immediate and widespread international condemnation, including outrage from large numbers of Pakistanis, many of whom had shown previous sympathy or fear toward the Islamist terror group.

This Pakistani outrage found its form in numerous fatwas issued by Islamic clerics denouncing the attack as well as in million dollar bounties being offered by the Pakistani government for the capture of the Taliban members responsible for the shooting.

As Muhammad Amir Rana of the Pakistan Institute for Peace Studies, said, “We (Pakistanis) have seen a similar public sentiment in the past, but this time it is quite unique. This case has provided a catharsis of the masses for all the grievances that have been building up for years.”

For its part, however, the Taliban was stung by the negative public reaction, unable to fathom that shooting a young girl in the head for her outspoken views would be generate such open and unified hostility toward the Islamist terror group.

After all, the Taliban has been viciously targeting Pakistani children for years, including training thousands of children as suicide bombers, a practice which has failed to generate the near universal revulsion in Pakistani society as this one heinous act.

Instead, the Taliban concluded that blame for its public relations dilemma must lay squarely at the feet of a biased news media, co-conspirators who, they claimed, have long been working with Malala on a “pre-planned strategy” to “pollute the minds of youth against the Taliban.”

As such, the Taliban claimed the unholy partnership between Malala and the press had unsurprisingly produced a media unwilling to provide fair and balanced coverage of the shooting, a lack of objectivity which included throwing hurtful insults at the Islamist terror group.

According to a Taliban spokesman, “this filthy, godless media has taken huge advantage of this situation, and journalists have started passing judgment on us.” This includes calling the Taliban “derogatory names” and labeling them the “worst people on earth.”

Now faced with what one Pakistani journalist called “undoubtedly the worst press the TTP has ever had,” the Taliban’s instinctual reaction to this journalistic malpractice has been to kill the messenger.

Specifically, a directive was recently seized by Pakistan’s intelligence agencies in which TTP leader Hakeemullah Mehsud had ordered that all current Taliban operations against Pakistani government forces be halted, with attention now focused on attacking media organizations and journalists that had denounced the murder attempt of Malala.

To that end, the Taliban had reportedly selected a dozen suicide bombers to target television and radio stations, journalists, columnists, and TV anchors throughout Pakistan, including the cities of Peshawar, Islamabad, Lahore and Karachi.

As a Pakistani Taliban commander in South Waziristan, who calls himself Jihad Yar, said, “The Taliban will not spare journalists who focus on this one girl,” adding that “99 percent of the reporters are using the shooting as an excuse to attack the Taliban.”

Given all that, it’s not surprising to find that the Committee to Protect Journalists has reported, “Media houses, TV anchors and some well-known journalists are under serious threat,” while the All Pakistan Newspapers Society has requested extra security from the government.

Unfortunately, the Taliban threats aren’t idle chatter given it has previously killed and kidnapped other journalists whose work it found issue with, assaults which have killed 10 reporters and which have served to make Pakistan the world’s deadliest country for journalists. As one Pakistani journalist said, “We are scared, but what can we do? We have to work.”

Still, while the Taliban may be working to eliminate unfavorable news organizations and journalists from existence, it insists it will not harm those media people who help get the Taliban message out.

One such person is Hamid Mir, a popular Pakistani columnist, who recently published a seven-page statement from Taliban spokesman Ehsanullah Ehsan that detailed the Islamist terror group’s justification for the attack on Malala.

For starters, the media narrative had claimed the Taliban targeted Malala for her work in advocating child rights in Pakistan, in particular for her focus on educating girls, an issue decidedly frowned upon by the Taliban given its rampant destruction of over 400 mostly girls schools in northwest Pakistan.

Instead, the Taliban strenuously denied it had tried to murder Malala for “raising voice for education,” but rather because she was a “spy of the West” who “propagated against mujahideen (holy warriors) to defame (the) Taliban,” efforts for which the “infidels gave her awards and rewards,” such as Pakistan’s 2011 National Peace Award.

As Ehsan then noted, the Koran calls for the killing of “people propagating against Islam and Islamic forces,” and “those who are spying for enemies.” Therefore, Malala’s offenses against Islam left the Taliban little choice but to carry out the stiff Sharia punishment.

Ehsan also chafed at media accusations that the Taliban’s murder attempt on Malala rendered the Islamist terror group child killers, arguing that Sharia law allows for children to be killed if they are speaking out against Islam.

Moreover, the spokesman continued, Malala was in fact an adult despite being 14 at the time of the shooting. “Even if no sign of puberty becomes noticeable, this age of the girl marks the end of pre puberty phase,” he said.

Yet despite its attempts to amend the journalistic record and improve upon its deadly image, the Taliban’s efforts to play the innocent victim of a media conspiracy are likely to fall on mostly deaf ears.

That sympathy card is best reserved for the true victim in this gruesome saga, Malala Yousafzai, who currently lies recuperating from her gunshot wounds in a British hospital. Hers is an all-too tragic and true story, one even the barbaric Taliban can’t rewrite.