Al-Qaeda in Iraq Returns with a Vengeance 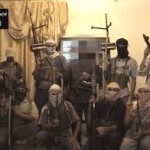 Al-Qaeda’s Iraqi affiliate, the Islamic State of Iraq (ISI), is making a viscous return to terror prominence as it launches a bloody offensive against the Iraqi government, joins the fight in Syria, and threatens to commit terrorist strikes inside the United States.

In a recording posted July 22 on a jihadist website, the ISI announced its official return atop the terrorist totem pole when it unveiled its new strategic terror plan, “Destroying the Walls,” one whose overarching aim is to reestablish the group’s power in Iraq by retaking the territory it had lost during the war.

To achieve that end, ISI leader Abu Bakr El-Baghdadi promised a violent campaign against the Shiite-dominated Iraqi government, one focused on bombing military installations and police posts, assassinating Iraqi judges and prosecutors, and breaking Islamist prisoners out of Iraqi jails

The following day, the promised jihadist blitzkrieg began in earnest as the ISI launched a coordinated series of roadside and car bomb attacks in 19 cities throughout Iraq, a deadly assault which killed over 110 people and wounded more than 250 others.

Days later, the ISI launched a second offensive of car bombings in the predominantly Sunni provinces of Diyala and Al Anbar — former al-Qaeda strongholds in western Iraq — an onslaught which killed over 40 people, including 12 Iraqi police.

The al-Qaeda-fueled carnage marked the deadliest month in Iraq since American troops withdrew from the country in December 2011. The second deadliest month was in February when the ISI unleashed a coordinated attack against Iraqi security personnel and civilians in 12 separate Iraqi cities, killing 55.

Al-Qaeda’s bloody blitz, unfortunately, is being abetted by a fractured Iraqi government whose Shiite prime minister, Nouri al-Maliki, is engaged in a power struggle with his Sunni opposition, a fight that only helps the ISI’s efforts to reignite Sunni fears of a permanent Shiite takeover of Iraq.

As one Iraqi security official in Diyala said, the intense fighting currently being waged by ISI raised serious concerns “about the capacity of Iraqi forces in the face of the growing strength of al-Qaeda.”

That al-Qaeda strength has been steadily growing since 2008 when the ISI was relegated to the terrorist ash heap after suffering a devastating defeat at the combined hands of Sunni tribal militias and US forces, a defeat that saw the terror group firmly ousted from its territorial strongholds in western Iraq.

Prior to that point the ISI had been the most formidable and dreaded insurgent group facing Coalition forces, one whose stock-in-trade specialty was stoking the sectarian flames between Iraq’s Sunni and Shiite populace

Specifically, the Sunni ISI would target Shiite neighborhoods with bombing and gun attacks, hoping to goad Shiite militias into retaliating against Sunni neighborhoods, a tactic that proved so successful that between 2006-2007 thousands of lives were being lost each month in the internecine warfare.

By late 2007, however, the civil strife began to dissipate with the introduction of the American “surge,” which changed America’s mission from a conventional war to a counterinsurgency, a strategy which focused on winning the “hearts and minds” of the local populace.

Not surprisingly, that strategy gained traction with Sunnis who had grown weary of being offered up for slaughter by the ISI. The result was the celebrated Anbar Awakening that drove ISI from its Iraqi strongholds and killed scores of its top leadership, including ISI founder Abu Musab al Zarqawi.

Unfortunately, that defeat did not completely destroy the ISI, as the Islamist terror group began a long slow road back to terror relevance, a road pockmarked with sporadic but deadly terrorist attacks.

By the beginning of 2012, however, ISI’s terrorist actions were being matched by its expanding terrorist ambitions, aspirations aided in large part by the withdrawal of the last American troops from Iraq; a weak Iraqi central government; and a raging civil war in neighboring Syria.

Specifically, in addition to upending the Iraqi government, the ISI has been equally committed to overturning the regime of Syrian President Bashar Assad, a commitment evidenced by al-Qaeda in Iraq fighters streaming into Syria and hitching up with other al-Qaeda-linked groups.

The ISI incursion into Syria has raised fears that the al-Qaeda groups are attempting to carve out a separate Sharia-run homeland in the Sunni-dominated region which spans the border between Syria and western Iraq, something the ISI attempted to do when it once controlled Iraq’s largest province, al-Anbar, and declared it to be an Islamic caliphate.

Yet, while the ISI manages to wage a two-front jihadist war, thoughts of expanding that front to the United States is very much on the minds of the al-Qaeda killers.

Those thoughts were expressed by ISI leader Abu Bakr El-Baghdadi in his message announcing the groups’ new strategic plan, in which he warned, “You (America) will soon witness how attacks will resound in the heart of your land, because our war with you has now started.”

Unfortunately, that ship may have already sailed, given that US intelligence officials recently told a House Committee that the Islamic State of Iraq has already been trying to establish a terrorist network in the United States and Canada.

Still, despite it all, there are still those who remain confident that the threat posed by al-Qaeda in Iraq is limited, arguing that despite its recent attacks, the terror group commands no territory and has little popular Sunni support.

One such person is State Department spokeswoman Victoria Nuland who recently said that while the al-Qaeda campaign of terror was “cowardly and reprehensible” nonetheless, it was “going to fail.”

Yet, while there is no doubt that the Islamic State of Iraq’s actions have been cowardly and reprehensible, it’s still very unclear, given recent events, if the Islamist terror group will ultimately fail in its jihadist quest.