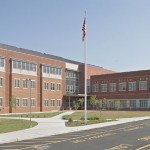 School districts in longtime economically stagnant cities like Detroit and Cleveland hemorrhaged the most students, losing 32.1 percent and 17.7 percent, respectively. However, economic stagnation is but one of many reasons for declining student enrollment; factors that also include the collapse of the housing market, declining birthrates, migration from the cities, and increased school violence.

In that latter case, for example, Philadelphia, which saw a 10.2 percent drop in enrollment, reported that over the past five years in Philadelphia’s 268 public schools, 4,000 students, teachers, or other staff members were “beaten, robbed, sexually assaulted, or victims of other violent crimes.”

In Chicago Public Schools, twenty-four students were fatally shot during the 2011-12 school year, with the overall shooting toll at 319, the highest in four years and a nearly 22 percent increase from the previous school year.

Yet, for some school districts, the most compelling reason for student flight was increased competition from charter and private schools. That conclusion was drawn by Milwaukee Public Schools (MPS), which saw the third largest student decline of 11.1 percent.

MPS assigned its troubles to Milwaukee’s Parental Choice Program, a school voucher program for poor and middle-income students that has allowed more than 23,000 students to enroll in private schools in and around Milwaukee.

If MPS is disturbed by this trend, the American public at large surely does not share the district’s unease. “We have record-low confidence in our public schools,” observed Kevin Johnson, the mayor of Sacramento. Indeed, Gallup’s annual “Confidence in American Institutions” poll, conducted just last month, revealed that just 29 percent of Americans have confidence in American public schools. This trend is undoubtedly bolstered by the fact that decades of record amounts of money being fed into public school systems have only managed to produce mediocre-to-poor academic results.

Those meager results have come despite American public school districts nationwide now spending $604.9 billion a year, with an average of $10,499 being spent per student and a pupil/teacher ratio of 15.4, compared to 1970 when the per-pupil expenditures were $4,060 and the pupil/teacher ratio was 22.3.

Yet, in many cities where spending per student exceeds $10,000 per year, graduation rates are horrifyingly well below the national average of 74 percent, such as in Detroit, which spends $11,100 per year, per student, but only 25 percent of its students graduate.

Sadly, that seems like a bargain when compared to the District of Columbia, whose public schools spend nearly $30,000 per pupil yet in return receive a student graduation rate of 60 percent and a student body that has some of the nation’s lowest math and reading scores.

Still, it should be noted that many factors can determine academic performance; in particular, the type of family a child comes from, including those families where an ethos of education, discipline, hard work and other such values are regularly instilled.

However, public school advocates, in particular those in teachers unions, have long insisted, despite evidence to the contrary, that spending is the best predictor of educational performance. Of course, this is not unrelated to the fact that an ever increasing amount of the funding winds up in the pocketbooks of teachers and administrators.

For starters, the average salary for full-time public school teachers in 2010–11 was $56,069, but an analysis done by the Heritage Foundation found the typical public school teacher makes about $1.52 for every dollar made by a private-sector employee with similar skills.

Moreover, the generous fringe benefits offered to teachers — which include government-funded pension and health benefits — raise teacher compensation 52 percent above the going market rate, “making it the equivalent of a $120 billion overpayment charged to taxpayers each year,” the Heritage study found.

Yet, for cash-strapped state and local governments plagued by a harsh recession, dwindling property taxes and gaping budget deficits, teacher unions and their allies in the Democratic Party have vigorously fought any reform efforts offered to rein in public employee benefit plans, however modest they may be.

New Jersey Republican Governor Chris Christie, for example, was pilloried by the New Jersey Education Association, the state’s largest teachers union, for having the temerity to ask teachers to accept a pay freeze and increase their contribution to their healthcare plans from 0 percent to 1.5 percent.

In Wisconsin, Republican Governor Scott Walker staved off a recall effort for asking public-sector employees (including teachers) to increase their contribution to their pension plans from 0 percent to 5.8 percent and pay 12 percent of their health care benefits.

In Chicago, where student reading proficiency is just 15 percent, the Chicago Teachers Union (CTU) has threatened to strike if not given a 30 percent pay raise in exchange for extending the school year an extra ten days, even though that demand would reportedly force property taxes up 150 percent and require classrooms of 55 students.

Yet, while teachers have fought vigorously to protect their monetary benefits, they have also railed against calls to eliminate teacher tenure, have teachers measured against student performance, or provide parents an alternative choice of schools in which to educate their children.

Despite those efforts, however, an increasing number of parents and state and local leaders have begun to wise up and see there are a number of enticing options beyond the corridors of the public school system; educational options which include charter schools, private and parochial schools, homeschooling, and online schools.

To that end, 13 states since 2011 have enacted school choice legislation with 28 other states with similar legislation pending. These measures include creating or expanding tuition tax credit programs, expanding the number of students eligible for school vouchers, and eliminating caps on the number of charter schools.

The net result has begun to have an effect, most recently noted in the announcement by the nation’s largest teachers union, The National Education Association (NEA), that it has lost more than 100,000 members since 2010 with projections that by 2014 it could lose a cumulative total of about 308,000 full-time teachers and other workers.

Moreover, the net loss of dues paying union members will shrink the NEA budget, an estimated $65 million, by 2014, leading to a smaller seat at the Democratic Party table, something Rick Hess of the American Enterprise Institute said is “the kind of shift in the landscape that can force union leaders to shift their stance on issues.”

Whether that happens or not remains to be seen but as one NEA leader lamented, “Things will never go back to the way they were.”

Given the recent sorry spate of news being generated by the American public school system, one can only hope that’s true.