Illegal Aliens Get Their Wings 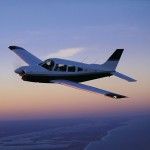 A new report by the Government Accountability Office shows that eleven years after 9/11, the US government is allowing illegal foreign nationals to train at American flight schools.

In particular, the security failure was laid at the doorstep of the TSA’s Alien Flight Student Program (AFSP), a screening program created after 9/11 for non-citizens or permanent residents attempting to enroll at American flight schools.

To that end, foreign applicants undergo a “security threat assessment” to determine whether they pose a known or suspected threat to “transportation or national security; airline or passenger security; or civil aviation security.”

Once applicants are cleared for flight training by AFSP, they can then obtain a pilot’s license or certificate from the Federal Aviation Administration, which relies on the TSA for conducting criminal and immigration background checks on foreign national student pilots.

Yet, in many instances, it was found that AFSP had not bothered to screen applicants against the Terrorist Screening Database until after the foreign nationals had completed flight training, an omission the GAO called a “weakness” in the system.

That security “weakness,” according to the GAO’s Stephen Lord, means that “foreign nationals obtaining flight training with the intent to do harm…could have already obtained the training needed to operate an aircraft before they received any type of vetting.”

Moreover, AFSP’s lack of scrutiny in examining the criminal background of foreign applicants included a failure to regularly examine their immigration status as well, an oversight that has led to AFSP approving a number of illegal foreign nationals for flight training.

Those AFSP vetting failures include approving flight training for 25 illegal aliens at a Boson-area flight school in 2010, eight of whom were in the country illegally and 17 who had expired visas.

It should be noted that five of the 9/11 hijackers had expired visas and, according to the GAO, 36 of the roughly 400 people convicted of terrorism-related charges by the United States since 9/11 overstayed their visas.

Equally disturbing was that the owner of the Boston flight school was himself an illegal alien, who despite not being approved by the TSA for flight training had, nevertheless, been issued two pilot licenses by the FAA.

Not surprisingly, the news of the TSA’s administrative failings led the committee chairman, Republican Representative Mike Rogers, to note that despite “weaknesses in our security controls that were supposed to be fixed a decade ago…there are still foreign nationals in the United States trained to fly just like Mohammed Atta and the other 9/11 hijackers.”

Yet Department of Homeland Security Secretary Janet Napolitano, whose agency oversees TSA, responded to the GAO allegations by claiming that the entire matter was a case of misunderstanding by the GAO.

According to Napolitano, even though the DHS did not have a written policy requiring the vetting of all foreign students, the background checks had still been made, saying, “In 2010, we took steps to be sure all foreign students are vetted.” Then, in a case of “the check’s in the mail,” Napolitano assured the lawmakers that a policy memorandum is in the process of being drawn up.

Despite Napolitano’s assurances, however, some lawmakers may still be a bit skeptical about the DHS’s newfound commitment to administrative detail.

That skepticism may be rooted in the fact that the GAO also reported that — given the TSA’s failure to keep its database of background checks up to date — some of the nearly 26,000 foreign nationals registered with the FAA from 2006 to 2011 may not have been vetted by AFSP.

While concern rests with illegal foreign nationals having been trained to fly aircraft, another security concern plaguing TSA is the fact that nearly 500 US citizens are on the government’s “no-fly” list. Specifically, since American citizens are not subject to the same screening regulations as foreign flight students, individuals who are unable to board a commercial plane because they are considered security threats to US security could begin to learn to fly that same plane.

However, while the TSA has been receiving the lion’s share of blame for allowing illegal foreign nationals to flight train, Committee Chair Rogers has let it be known that other security agencies responsible for vetting foreign nationals needed “to step up their game as well,” adding, “Nobody’s hands are clean.”

While Rogers didn’t specifically name any other agency, it may be a safe guess that some of those dirty hands belong to US Immigration and Customs Enforcement (ICE), another federal agency within DHS and the one responsible for deporting illegal aliens.

That speculation may arise from the fact that Rogers’ committee had received an earlier audit report by the GAO that expressed concerns that ICE was increasingly subject “to the risk of fraud and noncompliance” for the Student and Exchange Visitor Program (SEVP), an ICE program that certifies more than 850,000 active foreign students in the United States enrolled at more than 10,000 schools.

The GAO found that since ICE took over the program in 2003, the agency has failed to develop a procedural process to monitor state licensing and accreditation status for all types of schools, including flight schools that lack required FAA certification.

Of course, it doesn’t particularly come as a shock to find that ICE, like TSA, is administratively challenged, especially given that the GAO had reported in May 2011 that ICE had a backlog of some 1.6 million records of potential visa overstays involving people who had come to the US since 2004.

Of that number, ICE said about half of those people had either left the country or applied to change their immigration status, with only 2,700 given further review. The nearly 800,000 remaining people, however, merely had their status noted in electronic files “in case any of them commit crimes in the future or otherwise become a priority to be deported.”

Hopefully, those “future crimes” don’t come in the form of a plane being deliberately flown into an American building.