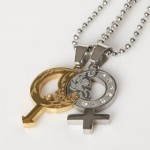 While the Republican “war on women” may be a mythical creation, the war on unborn baby girls (and boys) is all too real as the Obama administration and congressional Democrats work to defeat a bill that would outlaw sex-selective abortions.

The Prenatal Nondiscrimination Act (PRENDA), which would have subjected abortion providers to civil and criminal penalties if they knowingly performed or forced someone to obtain an abortion based on the sex of the unborn child, recently failed passage in the House of Representatives.

Despite a strong majority of 246 mostly Republican House members voting to pass PRENDA, 168 mostly Democratic nay votes were enough to ensure that the proposed legislation fell short of the two-thirds margin of support needed for passage.

While supporters argued that PRENDA would protect the civil rights of unborn babies from being exterminated on the basis of being of the “wrong” gender, opponents decried it as part of a broader “war on women” and an assault on legalized abortion.

In fact, others, like House Minority Leader Nancy Pelosi spokesman, Drew Hammill, dismissed the necessity of bringing up PRENDA for a vote, calling it “yet another distraction and yet another day that this Republican majority fails to act on job creation.”

However, House Speaker John Boehner promptly rejected the accusation of political posturing, arguing that “This type of sex selection … most Americans find pretty repulsive. Our [Republican] members feel strongly about it.”

One such member was Republican Representative Chris Smith, chairman of the House Subcommittee on Human Rights, who called the practice of gendercide “the real war on women.”

That real war includes an escalating global campaign of gendercide aimed primarily at unborn female babies, an attack which has resulted in the deliberate killing of over 100 million unborn girls worldwide in nations with strong cultural preferences for male offspring.

While the epicenter for female infanticide is relegated to South and East Asian countries, most notably China and India, fears are growing that sex-selective abortions are gaining traction in the United States among parents not happy with the sex of their babies.

That acceptance is being fueled by widespread advances in prenatal sex-determination medical technology, such as the use of ultrasound and sperm-sorting technologies, as well as with the helping hands of America’s largest abortion providers.

That latter assistance was on full display in the days prior to and following the PRENDA vote when the pro-life group Live Action released three undercover videos as part of its “Gendercide” project which documents Planned Parenthood and the National Abortion Federation’s (NAF) support for sex-selective abortion.

Two of the undercover videos showed Planned Parenthood staffers in Austin, Texas and New York City offering advice to women on how best to proceed with a sex-selective abortion, while the third video shows NAF staffers at two clinics in Arizona — which has outlawed sex-selective abortions — coaching women to falsify their paperwork in order to conceal their illegal abortions.

It should be noted that since 2008, bills to outlaw sex-selective abortion have been introduced in 13 states but enacted in just four: Arizona, Illinois, Oklahoma, and Pennsylvania.

While the Planned Parenthood Federation of America (PPFA) responded to the release of the Live Action videos by claiming it “condemns seeking abortions on the basis of gender,” it did acknowledge that PP clinics would only deny a woman a sex-selective abortion in states that explicitly prohibit the procedure.

Of course, it’s not surprising that the PPFA would be reluctant to support efforts to ban the loathsome practice of sex-selective abortion, given that the organization has stated that such slippery slope efforts could to lead to “curtailing access to abortion,” an endpoint that would dearly affect the organization’s financial bottom line.

As the nation’s largest taxpayer-funded abortion provider, with an annual budget of $1 billion, Planned Parenthood, according to the organization’s 2010 annual report, is able to sell abortions to nine out of every 10 pregnant women it encounters, earning the organization $164 million in revenue in the process.

So, absent any moral qualms and given the financial stakes, it wasn’t surprising that PPFA worked feverishly in urging its Democratic allies in Congress and the White House to oppose the passage of PRENDA.

For its part, the Obama administration, voiced its strenuous opposition by releasing a statement prior to the vote which claimed PRENDA would “subject doctors to criminal prosecution if they fail to determine the motivations” for an abortion, adding, “The government should not intrude in medical decisions or private family matters in this way.”

While some may applaud the Obama administration’s newfound commitment to opposing government overreach in matters of healthcare, it should be noted that PRENDA specifically states that a healthcare provider has no “affirmative duty to inquire as to the motivation for the abortion…absent having knowledge or information that the abortion is being sought based on the sex or gender of the child.”

Of course, Obama’s reluctance to protect the rights of the unborn should come as little surprise given his track record in ignoring the rights of the newly born, evidenced by his opposition as then-Illinois State Senator Obama to the Born Alive Infants Protection Act, an Illinois bill meant to provide protection for babies born alive after attempted abortions.

While Obama has since claimed that he opposed that bill because it was unnecessary, given that Illinois law already provided protection for infants born alive, he failed to mention that at the time, protection extended only to babies whom physicians deemed to have “sustainable survivability.”

Thus infants who were not expected to survive could be killed or left unattended to die, a practice brought to light by Jill Stanek, an Illinois nurse who exposed the abortionist practice of abandoning babies born alive after failed abortions by leaving them to die in hospital utility closets.

Yet, despite the efforts of Planned Parenthood and its Democratic allies to minimize the importance of curtailing sex-selective abortions, there are some voices in the abortion industry that recognize the problem as not just the province of pro-life advocates.

Those voices include the pro-choice research group, Guttmacher Policy Review, which acknowledged in a 2012 report that sex-selection abortions pose a serious problem in the United States, as well as the president of NARAL Pro-Choice America, who recently admitted that “sex-selection abortion is a real problem…and it needs to be addressed.”

Unfortunately, the response they advocate to address the gendercide problem is relegated to fighting any legislative efforts to stem the detestable practice, a practice which Republican Representative Marsha Blackburn has said is “sick, it’s discriminatory, it’s sexist and it is blatantly anti-woman and anti-human.”

Despite the awful accuracy of that description, given the recent failure of Congress to pass PRENDA, it’s still not enough to make sex-selective abortions illegal.